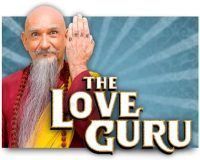 The Love Guru video slot is based on the 2008 comedy starring comedy star Mike Myers in the lead role.

In the movie the actor, who is best known for his work in the Austin Powers movies, plays an American who comes into contact with spirituality while living abroad. He decides to go to work as a guru back home in the United States and tries to help improve the love life of a famous hockey player.

This should lead to funny scenes. At the time of its release, however, I switched the movie off after about half an hour because I simply couldn’t handle it any more.

I wasn’t the only one since the film was a massive flop and ended up costing Paramount Pictures more to produce than it ever made at the box office.

Nonetheless, for some reason, iSoftbet saw a fitting theme in the movie for a game that could be interesting to players.

We are going to examine this video slot version of the film flop objectively and hope to get more enjoyment out of it than from the failed comedy. 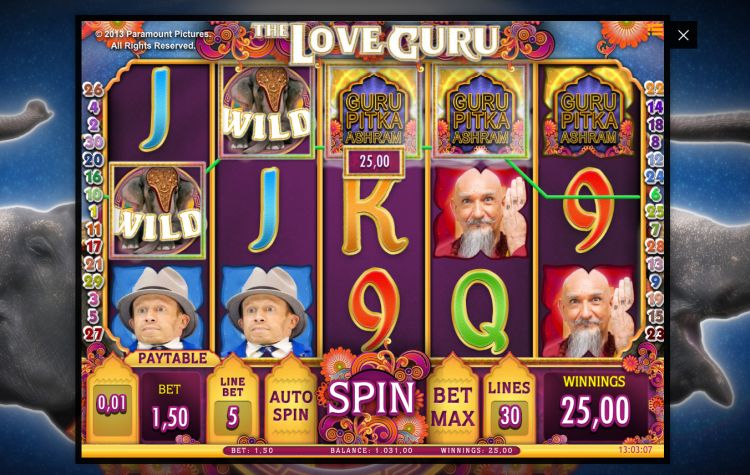 How does The Love Guru work?

The Love Guru video slot is played on 5 reels and 3 rows of symbols related to the theme and also a few card symbols. It is possible to play the game using between 1 and 30 active paylines. The minimum bet is $€ 0.20 per spin. The maximum bet is $€ 30 per spin.

The theoretical payout rate is on the low side at 95.41%. We estimate the variance of The Love Guru video slot to be medium.

The highest paying symbol is the image of the Guru Pitka Ashram logo. With a 5-of-a-kind you win a beautiful 1,000 coins.

It is noticeable that the developers at iSoftbet did not use the face of the main character played by Mike Myers. Perhaps he wants nothing more to do with the flopped The Love Guru movie and anything related to it.

His teacher Guru Tugginmypudha, played by Ben Kingsley, on the other hand, can be seen in the symbols. This high-value symbol will get you 800 coins with 5 identical ones. Also nice! The remaining characters from the movie will earn you a maximum reward of 500 coins, with 5 the same ones.

The low-value symbols of The Love Guru video slot consist of the tried and true card symbols 9, 10, J, Q, K and A. 5-of-a-kind of these bad boys are worth a maximum of 200 coins.

The Wild symbol is the elephant, and it replaces all other symbols in the game with the exception of the scatter symbol. 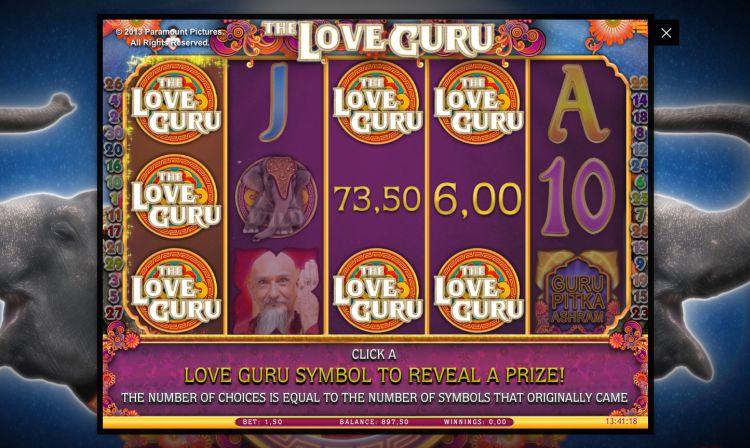 The Love Guru video slot only gets a bit more interesting when the features of the game are triggered. Three features manage to salvage the enjoyment of the game somewhat.

During the primary game, symbols with the text ‘The Love Guru’ can appear on the reels. By spinning at least 3 of them, you trigger the Instant Win Feature, and you can instantly click on symbols that have fun prizes hiding behind them. That can add up pretty quickly with prices being up to 20 x your coin input.

The more bonus symbols you spin, the more cash prizes you get. 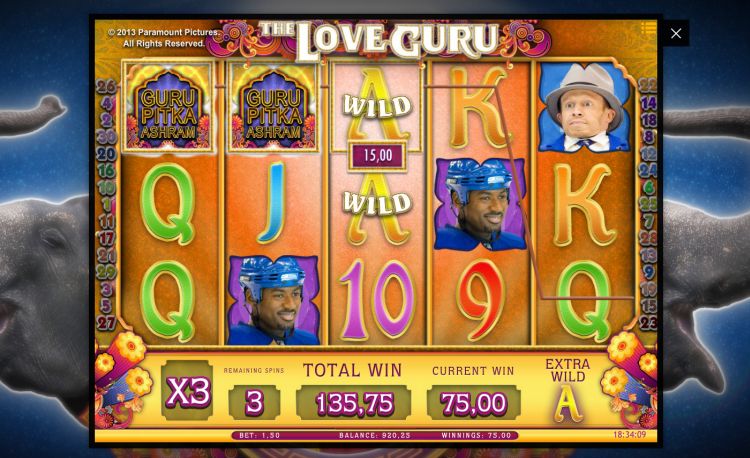 The scatter symbol in the game consists of a sign that reads: “Bonus”. By spinning three scatters, you activate the bonus feature and win free spins. Before the bonus round starts, you can click on several boxes with hidden prices. In the boxes are fun surprises such as free spins, extra wild symbols and multipliers of up to 10 x.

If you can manage to choose enough free spins and multipliers out of the boxes, the bonus round can be very rewarding.

If you manage to spin a Wild symbol on the middle reel during the free spins, it will expand across that reel. You will then see a big elephant that covers the entire reel. The advantage of the Expanded Wild Feature is that it stays in place for the remainder of the bonus game.

With the possibility of collecting more of these sticky Expanding Wilds, your prize money can grow very quickly and substantially during the bonus game. 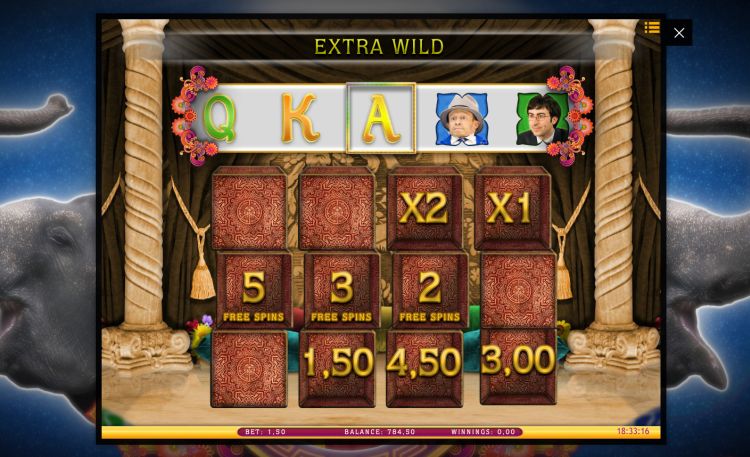 Our verdict on The Love Guru video slot

iSoftbet’s The Love Guru video slot is only slightly less disappointing than the movie itself.

Just like the movie, the game doesn’t excite us either. The graphics are dire, and the clips from the movie that you see every once in a while feel unnecessary, as they don’t add anything to the game. And the comedy itself was as unfunny as they come.

This game has to rely on its bonus features. There is no denying that there is something to be gained in the bonus round – the free spins and multipliers can do a fine job at providing decent wins.

On the whole, we did have some decent playtime, but we were a bit underwhelmed.

Where can you find The Love Guru?