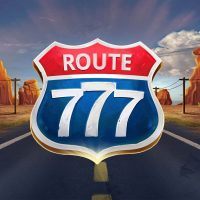 Route 777 is a very cool online slot by Elk Studios, where you are looking for adventure in the searing desert heat.

There are two extremely lucrative bonuses that you can win, and the graphics in Route 777 are a real delight, with a LED display and sceneries that are reminiscent of Route 66. And all of that is set to a fab, throbbing heavy rocking soundtrack by ZZ Top as the background.

Well, it is! Elk Studios once again comes up with a little masterpiece with Route 777. 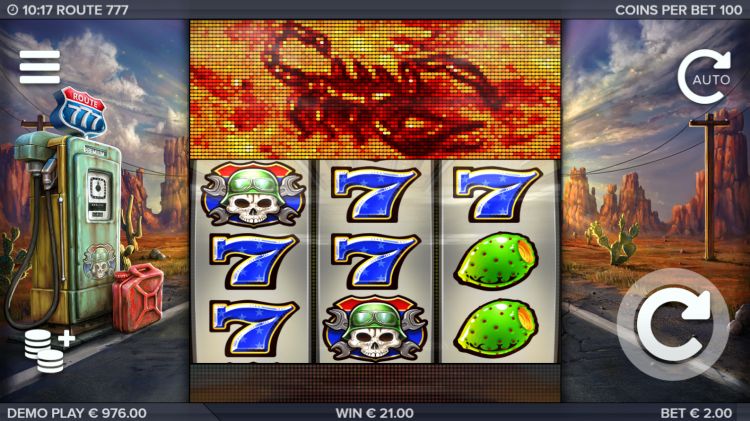 This hybrid slot is best described as a cross between a fruit machine, a video slot and an old fashioned pinball machine. Elk Studios has used this format once before, with the Ivanhoe slot, which we rated very highly. Apparently, they liked the format so much that they have now released a new variant.

The payout rate is a solid 96.3%, and we estimate the variance to be medium. 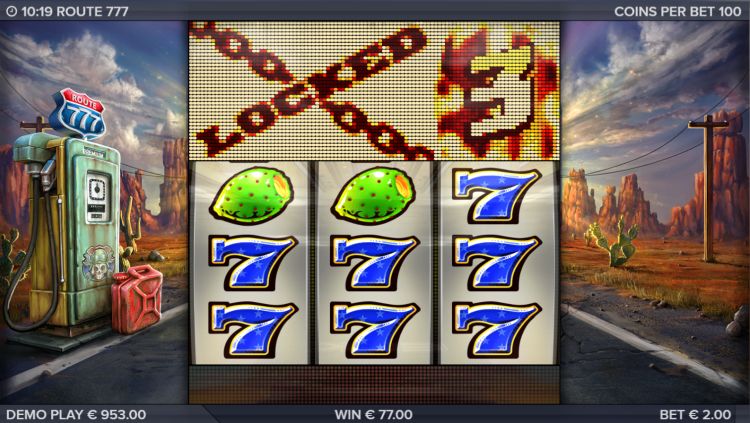 The symbols consist of fruits, BAR, cool skulls and 7’s in a variety of different colours.

The 7’s have the highest value.

The fruit and BAR symbols have a value between 0.5 x and 2.5 x your total bet. 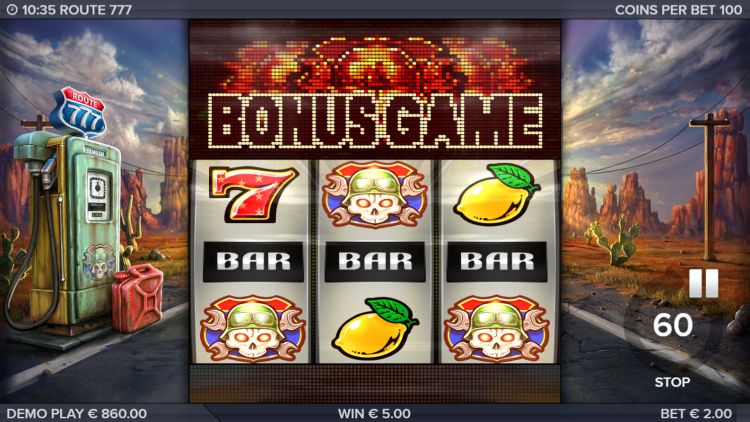 This video slot has fun bonus features, both of which can pay out very handsomely.

The Bonus game is the main bonus and is activated when you spin three scattered skulls.

You now win 5 free spins, but you can also earn extra prizes:

You spin the Fortune Wheel to collect 7’s. The more 7’s you can collect of the same colour, the bigger your take. And it can really add up! If you succeed in collecting three white 7’s, you end up with a payout of 500 x the bet. Not bad. But should you manage to spin three mixed 7’s, your payout will be an astounding 1,000 x your bet!

This Fortune Wheel Bonus can, therefore, be very lucrative indeed. When the wheel ends on the stop sign, the bonus will end, and your final tally will be calculated. 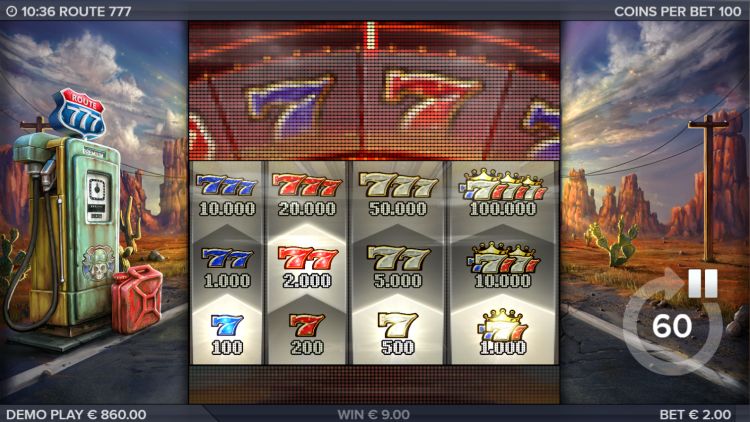 Our verdict on the Route 777 video slot?

Elk Studios has done it again: a top-notch slot release that not only looks cool and sounds insane, but that is also original and exciting. And all that combines into a hit as far as we are concerned.

It does not happen very often anymore that we fall in love with an online slot at the first encounter, but Route 777 managed to do just that in a few minutes.