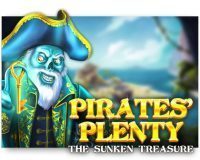 In this slot, there are also ghosts of pirates, hidden treasures, drunken sailors and some brash buccaneers.

Sail the turbulent seas with your pirate ship in search of hidden treasures, buried deep under the sand of deserted islands. Will you be able to find them?

Or does the mere thought of an ocean voyage make you seasick? 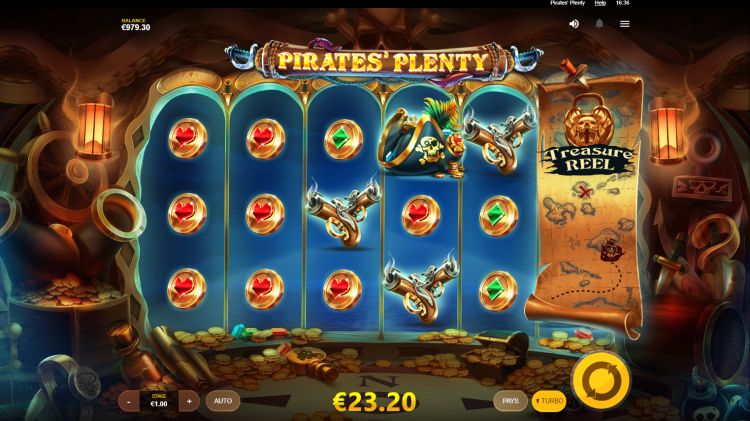 How does the Pirates’ Plenty slot work?

Pirates’ Plenty looks smashing, with a style that is very reminiscent of that successful franchise with Johnny Depp in the lead role as the inimitable Jack Sparrow.

This slot is full of fun details, like canons that belch smoke, a playing field that bobs ever so slightly and a real treasure map.

Later in the game, when you found the treasure, another reel is added.

We figure the variance of Pirates’ Plenty to be medium, and the theoretical payout percentage is 96.12%. 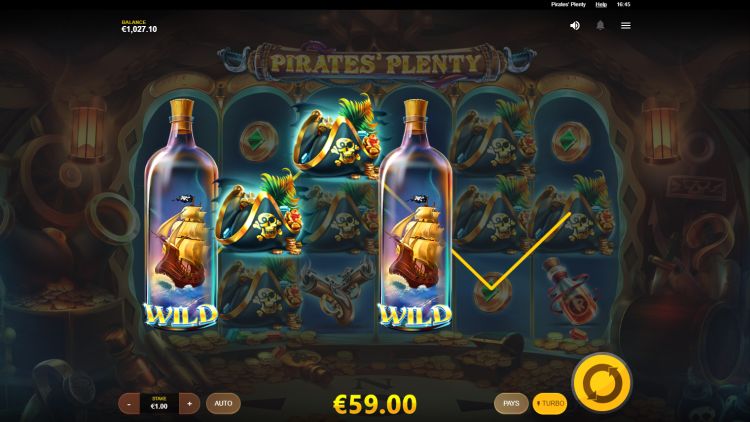 Every single symbol looks fantastic, and it is obvious the design team at Red Tiger Gaming  delighted in working on this slot

The skull not only looks super cool but is also the highest paying symbol. Spin 6 of them on an active payline and win a prize of 20 x your total bet.

The premium symbols consist of a pirate’s hat, a canon, 2 pistols and a bottle of rum. When spinning a 6-of-a-kind of these symbols, you will win prizes ranging between 6 x and 12 x the total bet.

As the low-value symbols, we encounter the oft used card symbols. Spin 6 of the same hearts, clubs, diamonds or spades for payouts between 1.5 x and 3 x the bet. 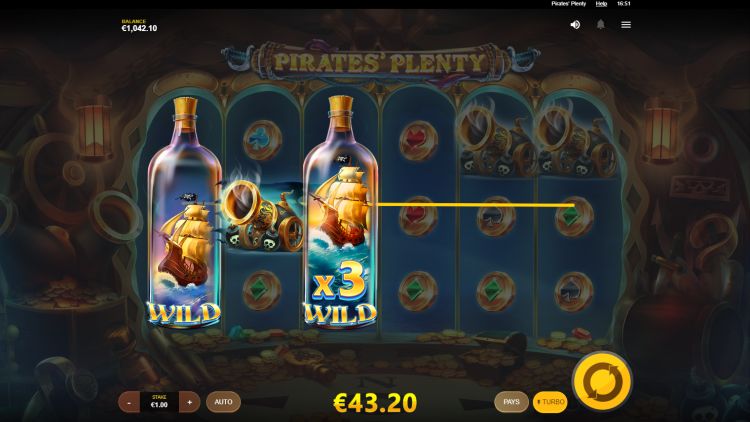 When you start up the game, you will notice your ship and an old-fashioned treasure map on the right-hand side of the screen. Between the two is a deep blue ocean. You have to ensure you sail to the island and the way to do that is to save up maps. Each one will bring you one step, or rather, one nautical mile, closer to your goal.

Did you reach the island? Then you will get the so-called Treasure Reel: an extra (6th) reel that is a permanent addition to the playing field. That is to say permanent as long as you don’t change your wager.

Stacked wilds can now also drop unto the reels, where there can also be multipliers up to 5 x. 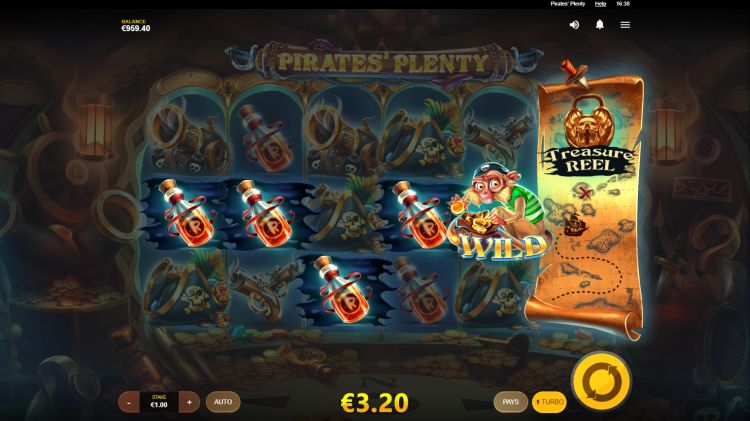 Every once in a while, a funny little monkey ends up on the reels. He is the starting signal for the monkey Wild Feature: He collects all the low-value symbols and replaces them with high-value ones. This opens up the possibility of some very nice payouts. 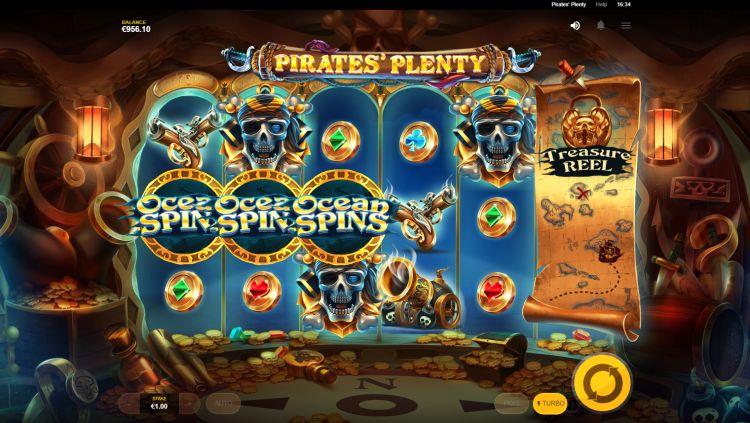 You win 10 free spins to start. You can also gather keys by making the ghost of the pirate appear on the reels.

Every ghost has a key in its hand, and you need those to open up the 3 treasure chests at the top of the screen.

A treasure chest needs 3 keys to be opened up and contains the following prices: 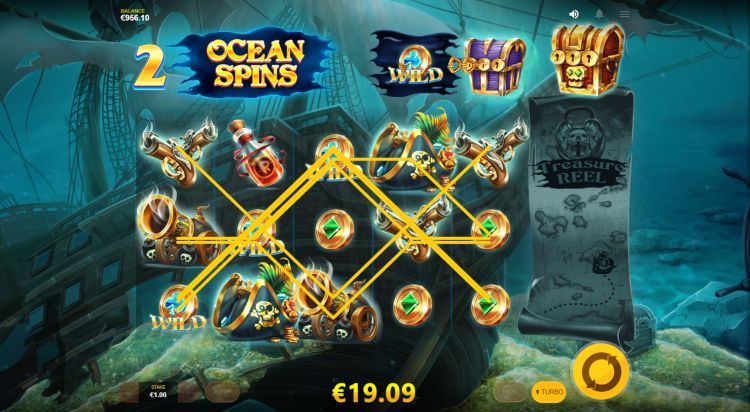 Our verdict on the Pirates’ Plenty video slot?

Pirates’ Plenty is another outstanding slot by Red Tiger Gaming. We know, we may be starting to sound like a stuck record, but Red Tiger Gaming knows how to entertain us again and again.

The graphics are outstanding, you can take home some big money with the free spin bonus, and the savings feature for the Treasure Reel is a real fun addition to the game.

Yo-ho-ho and a bottle of rum!

Where can you find Pirates’ Plenty?