Mega Boy was a very popular video game in the 90s, and now you can indulge in it as an online slot with 25 paylines and various powerups during the bonus game.

Isoftbet makes stunning slots, and their Mega Boy game also hits the right chord with us. This slot has an old 8-bit video game style, and we really dig it.

Mega Boy is not the only slot that immerses you and makes you feel like you’re in a video game. Thunderkick’s Flame Busters and Thunderkick’s Toki Time also have more in common with a video game than with an online slot.

Graphically, the Mega Boy slot stays close to the run-jump-and-shoot game, which had so many fans that innumerable sequels followed up the original. Just like a typical video game, the slot comes with power-ups, levels and a lot of bleep bleep sounds. Naturally, a slightly hysterical background tune is not lacking either. 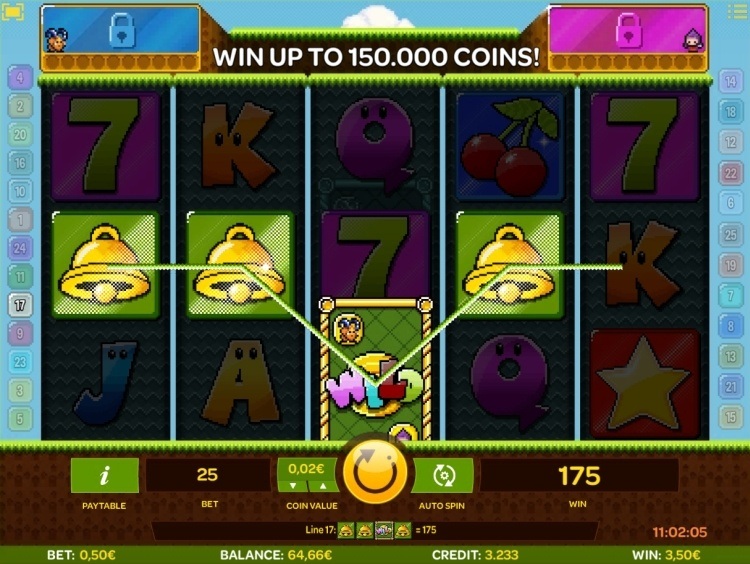 The cherries are worth the most: 2,000 coins for five the same on an active payline. The hearts (1,000 coins) and stars (600 coins) can also give your bank balance a significant boost. The well-known card symbols 10, J, Q, K and A traditionally yield less: between 300 and 125 coins for five identical ones.

Mega Boy’s theoretical payout rate is on the low side: 95.54%. The variance is low to medium, which has the advantage you can look forward to a lot of playing time for your money. 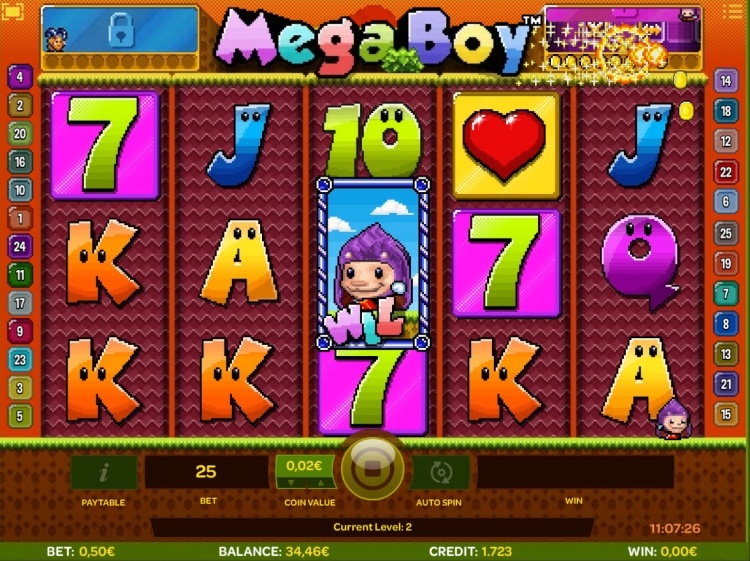 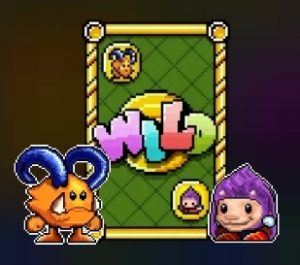 The Mega Boy slot has two video game characters who play a special role in the game. They act as Wild symbols and only appear on the middle reel. If they hit the reels right in the centre, you win 10 free spins.

The monster with the big teeth means you have reached the Level 1 bonus. If the purple symbol drops on the reels, you can enter the Level 2 bonus.

The difference between the two levels lies in the kind of extras you can win during the 10 free spins. At the top of the screen, an extra reel is spinning, and as soon as it hits a Power-Up, this feature is applied to the bonus spin.

Sometimes you win 3 of these extra Power-Ups in a row, sometimes 4 x nothing.

But once they hit the reel, you can expect handsome payouts.

At Level 1 you can win the following Power-Ups: 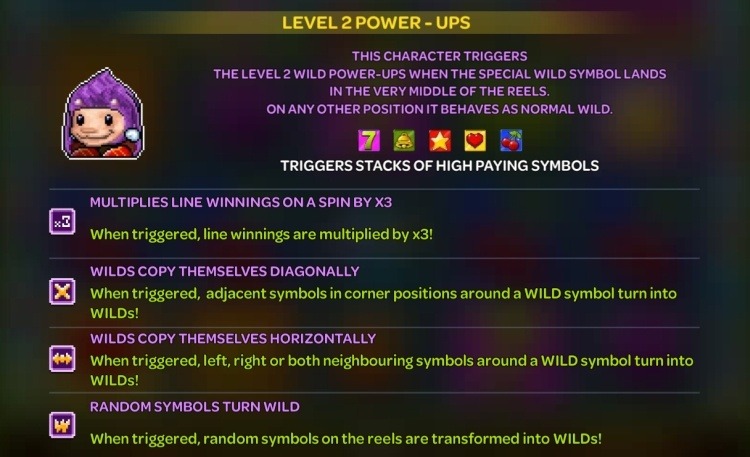 At Level 2, your prospects improve even more; you can win the following Power-Ups: 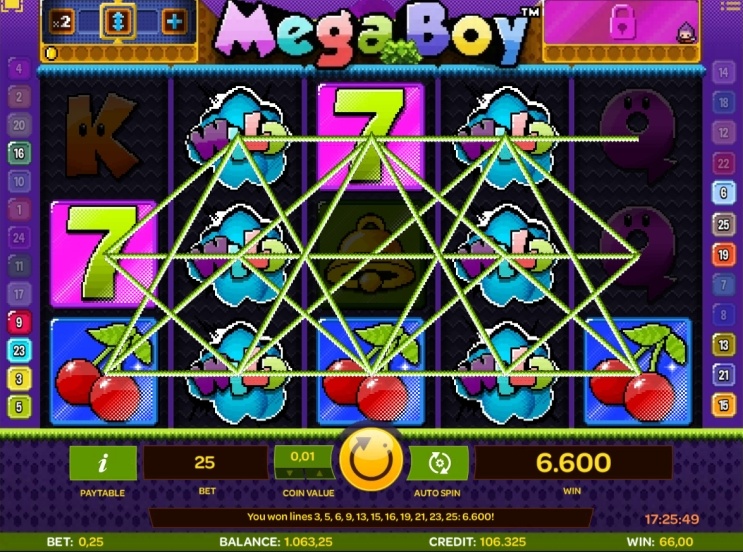 Our verdict on the Mega Boy slot

Mega Boy is a refreshingly fun slot oozing the classic 8-bit video game vibe. iSoftbet developed bonus rounds that can either make you a fortune or turn out to be quite frustrating. Sometimes you get a payout of 100 x or even 150 x your bet, but a payout of zero has also happened to us.

And speaking of making bank, the payout rate of well under 96% is just too low for an online slot. Too bad, it means we deduct at least half a star less from the final score.

Because of its charm and the fun bonus features, Mega Boy can still reach a more than a satisfactory score:

Where can you find Mega Boy?

The Mega Boy slot is found at all reliable iSoftbet casinos. One of these casinos is Slots Million, a very reputable online casino with a massive selection of slots.