Fantasma Games is a young Swedish casino games maker who has chosen to design Megaways slots as well.

Their very first Megaways slot was striking: Flower Fortunes Megaways.  Not only we were more than impressed with this innovating slot, even though it looked more like a Nintendo game than a video slot.

Flower Fortunes was a success, partly due to its unique appearance. It has allowed Fantasma Games to develop another new Megaways slot: Medallion.

Medallion takes place in a tent in the desert, somewhere in the Middle East. The symbols consist of stacked blocks with different beautiful colours.

It is a typical Megaways slot, featuring avalanche symbols, progressive multipliers and, of course, the win all ways mechanism. 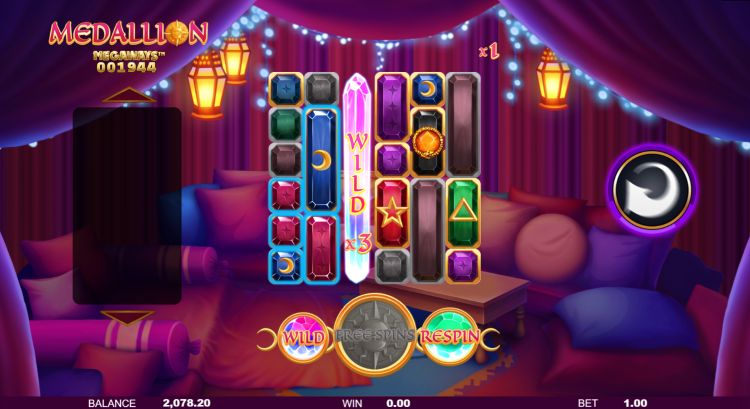 Gameplay and features of the Medallion Megaways slot

Medallion Megaways has six reels, which can have up to 6 symbols each. This results in a maximum number of Megaways of 46,656 (calculated as 6x6x6x6x6x6).

In Medallions, winning combinations disappear and make way for new ones, which is the typical “Avalanche” mechanism. It allows players to get a chain reaction of wins.

What’s better: after each winning combination, the multiplier is increased by +1. This multiplier has no limit. It resets to x 1 after a non-winning spin.

What are the theoretical RTP, the variance and the maximum win of the Medallion Megaways Slot?

The theoretical payout percentage is an acceptable 96.23%, which is around the average of what you would expect from an average online slot.

Fantasma Games gives a score of “55.9” for the variance, which translates into a medium variance slot.

The top prizes are typically around 500x the bet, and you can expect that Medallion Megaways pays out the prizes of say 50x to 250x the bet, more often than the high variance slots.

The maximum win is just over 12,000 x the total bet, which Fantasma Games has “won” based on 1 billion simulations. As said just before, chances of bagging such a win are incredibly marginal. 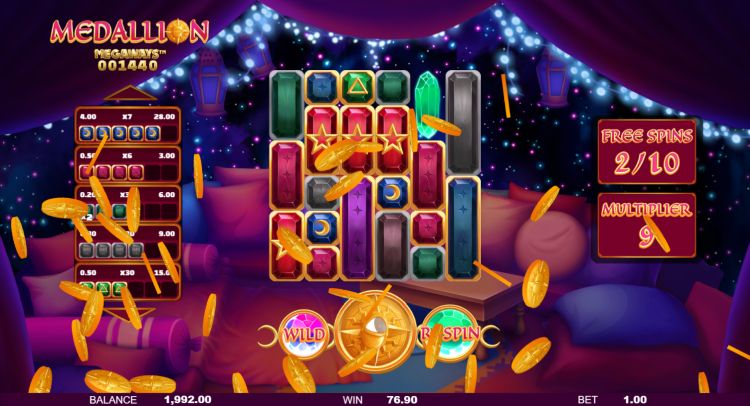 Because of the stacked symbols, expanding wilds, the multipliers and the win all ways mechanism, it doesn’t matter which symbols you use to make a winning combination.

Even a winning combination with the lowest symbols (the card symbols) can, still be very lucrative and results in a mega payout.

The highest symbol is the black symbol with the golden snake. A 6-of-a-kind gets you a win of 30 x the total bet.

Other premium symbols pay between 6 x and 15 x the total bet if you manage to spin 6 of the same symbols.

Two coins can appear (randomly) during the game: gold coins and silver coins.

The gold coins activate one of the three following features: 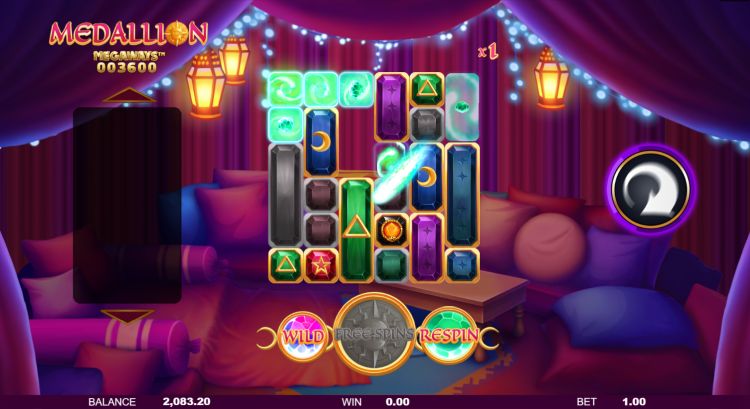 If you win the free spins bonus, you get 10 free spins.

The mini features Expanding Wild and Void Re-Spin are active during the free spins.

The main advantage here is that the multiplier is not reset after a non-winning spin.

The more winning combinations you make, the higher the multiplier and the greater the potential to get a massive win.

It is not possible to retrigger the free spins. 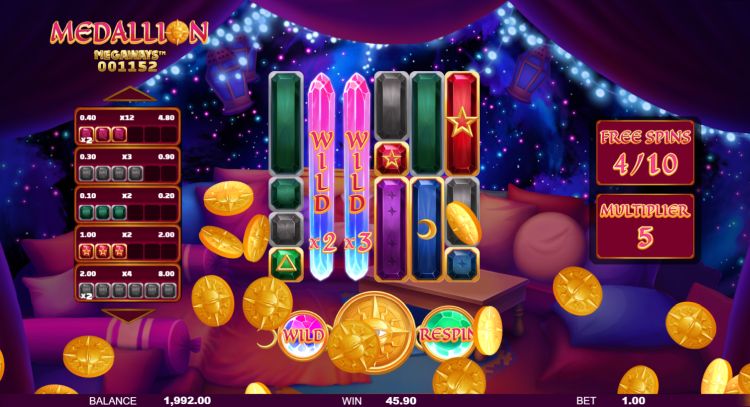 Our verdict on the Medallion Megaways slot?

Medallion Megaways is a somewhat peculiar, but delicious Megaways slot.

The extra features are very much appreciated and regularly these result in some great prizes. The direct access to the free spins bonus is very welcome.

We are curious to see what else the very young Fantasma Games will come up with. For a new slots provider, it is more than promising.

Where can you find Medallion Megaways?

The Medallion Megaways slot is found at all reliable Fantasma Gaming casinos. One of these online casinos is Slots Million, which is a very reliable place to play your favourite slots for real money.