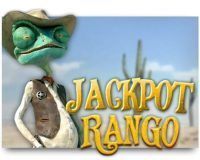 The Jackpot Rango video slot is based on the American computer-animated film Rango from 2011.

Rango is about a chameleon that accidentally ends up in a small town desperately looking for a new sheriff.

Fans of the Rango animated film will immediately notice iSoftbet have done their best to integrate as many elements of the movie in the game as possible. So in the symbols of the game, you will see many characters from the movie.

This can become tedious very quickly, but fortunately, it changes to a more cheerful tune as soon as you reach the bonus game. The short fragments of the film you get to watch now and then, are a fun detail for the fans of the Rango movie.

Let’s see what kind of prize you can win in the Jackpot Rango video slot starring yourself. 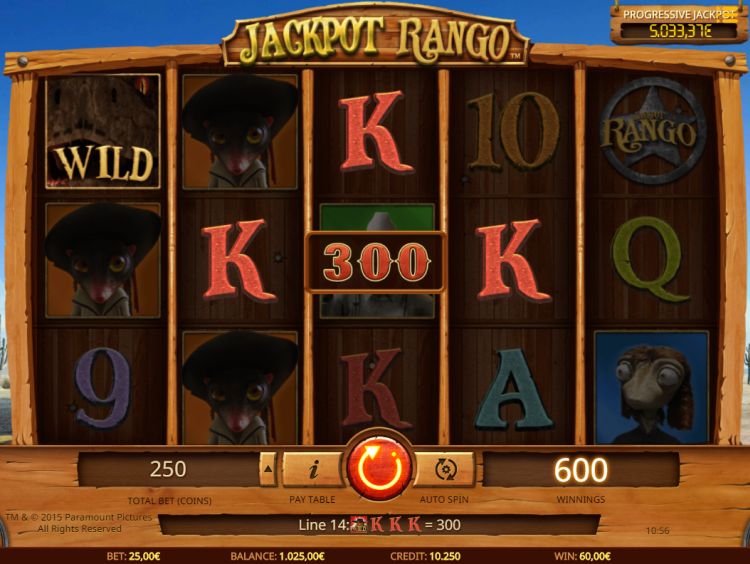 How does the Jackpot Rango video slot work?

Jackpot Rango is a video slot with a progressive jackpot feature. You play on 5 reels and 3 rows of symbols consisting of characters known from the film Rango.

The game has 25 paylines, and you can spin the reels from a minimum of $€ 0.25. The maximum bet is $€ 250 per spin. Therefore this slot is not only suitable for players with a small budget but the big spenders among us as well.

The payout rate of 95.41% is quite low for an online casino game. We estimate the variance of the Jackpot Rango video slot to be medium.

Sometimes, when a movie forms the basis for a video slot theme, only the lead character and a few elements of the film are used.  However, the Jackpot Rango video slot is almost a copy of the movie itself. Mainly because the symbols make good use of nearly all the characters from our much-beloved movie.

The highest-value symbols of the video slot are the pictures with, of course, the main character Rango, Rattlesnake Jake, the mayor of Dirt, Beans and Priscilla. If you manage to spin 5 of the same high-value symbols, then you will earn 1,500 coins per winning combination.

Rango and Rattlesnake Jake are the only symbols rewarding you for two identical symbols on the reels. In that case, you can pocket 20 coins per winning combination.

In the film, Rattlesnake Jake might be the bad guy, but in the Jackpot Rango video slot, you’ll come to love the symbol hitting the reels. In the game, the symbol of Rattlesnake Jake functions as Wild. The Wild symbol replaces all other symbols of the game except the scatter symbol. 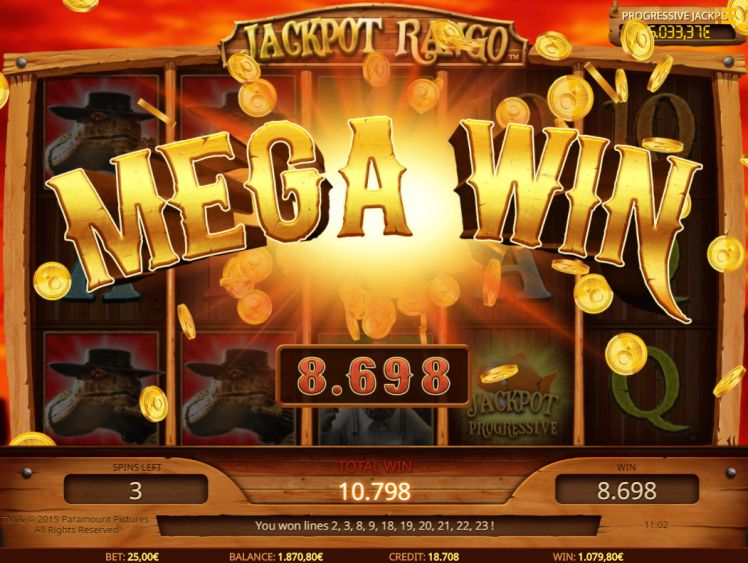 Depending on your bet, the amount of the progressive jackpot increases or decreases. A higher bet can pay off tremendously if you are lucky enough to win the trophy prize. 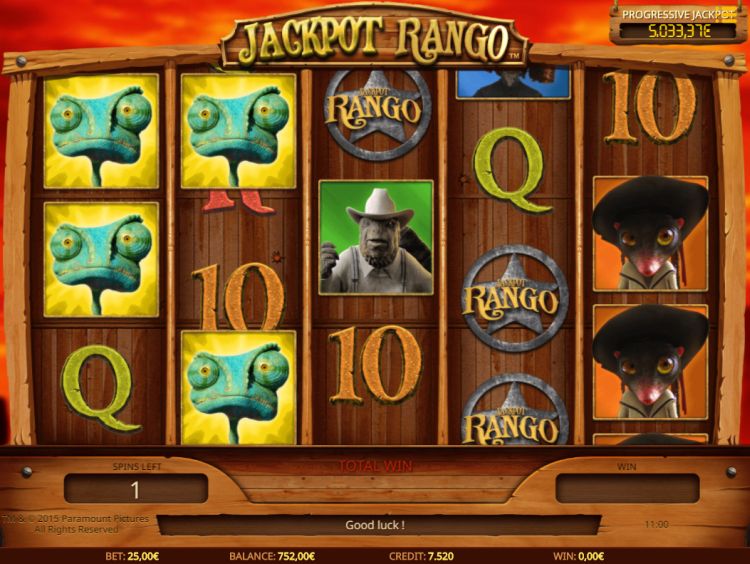 The sheriff’s badge is the scatter symbol of the game. If you have 3 or more scatter symbols on the reels, then you activate the bonus game and earn 10 free spins. If you manage to spin the Wild symbol with Rattlesnake Jake during the bonus game, then you activate a multiplier function with the possibility to win up to 8 x the bet with 3 Wild symbols! 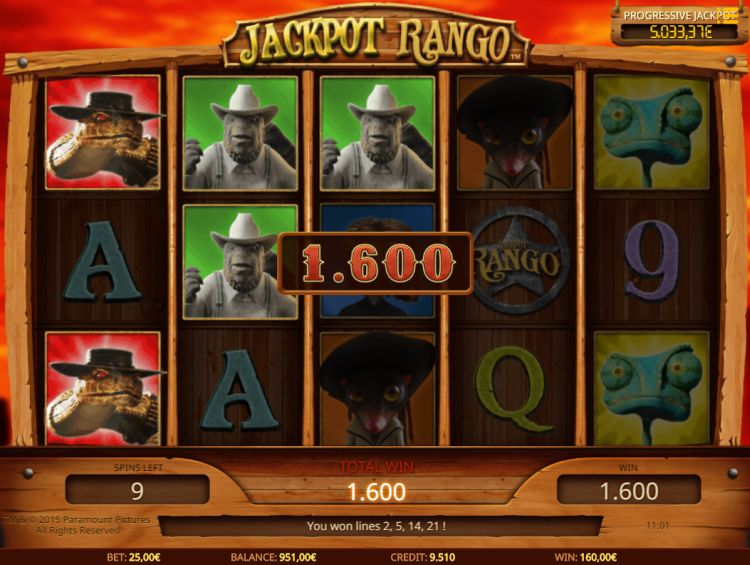 Our verdict on the Jackpot Rango video slot

If you enjoyed watching the Rango movie, then you will automatically feel right at home playing the Jackpot Rango video slot. The casino games developers at iSoftbet have paid homage to the animated movie by incorporating recognisable elements and all of the most important characters.

The fact that you can win the progressive Jackpot during every spin makes the game all the more interesting, and the bonus game with free spins and multipliers can also be lucrative.

Perhaps it’s a pity that a game based on an animated film doesn’t lead you to a whole new environment during the bonus round.

We’ll have to make do with a little sunset in the background.

Where can you find Jackpot Rango?