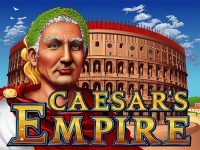 Caesar’s Empire is one of Real Time Gaming’s most-played slots, every month.

Even though Caesar’s Empire might not have the most flashy graphics or intricate gameplay, it offers players lots of excitement, high octane free spins bonuses and a random progressive jackpot that can pay out thousands of dollars.

The pace of the game is fast and furious and that, combined with the medium variance, has great appeal to the serious gambler who is not afraid to take a little more risk. 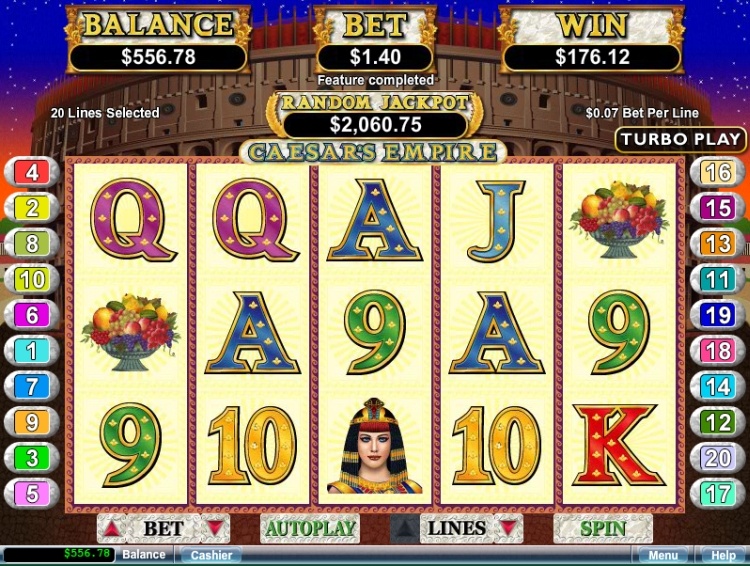 How does Caesar’s Empire work?

The game is played on a 5 reel, 3 symbol grid, with 20 pay lines. The number of pay lines can be adjusted to your preference, but we prefer always to play all 20 lines. The minimum bet per pay line $0.01 and the maximum bet per line is capped at just $0.25.

Caesar and Cleopatra are the two main characters of the game, with Caesar acting like a wild symbol and his girlfriend Cleopatra as the highest paying premium symbol. All winning combinations with a Wild symbol are multiplied by 3.

The other premium symbols are a helmet, a fruit basket, and a shield with a sword. We told you the graphics weren’t too flashy, didn’t we? 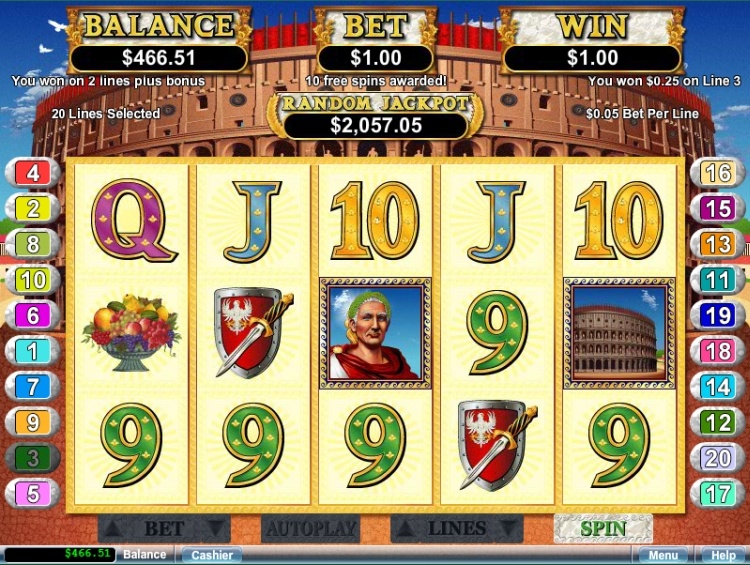 The free spins bonus is triggered when one or more Caesars appear, and the Colosseum symbol appears on the 5th reel. 10 free games are awarded to the player.

To add even more to the excitement, several special features are added to the free spins:

This bonus feature can be pure gold, with all the added wilds, multipliers and frequent retriggers – we love it! 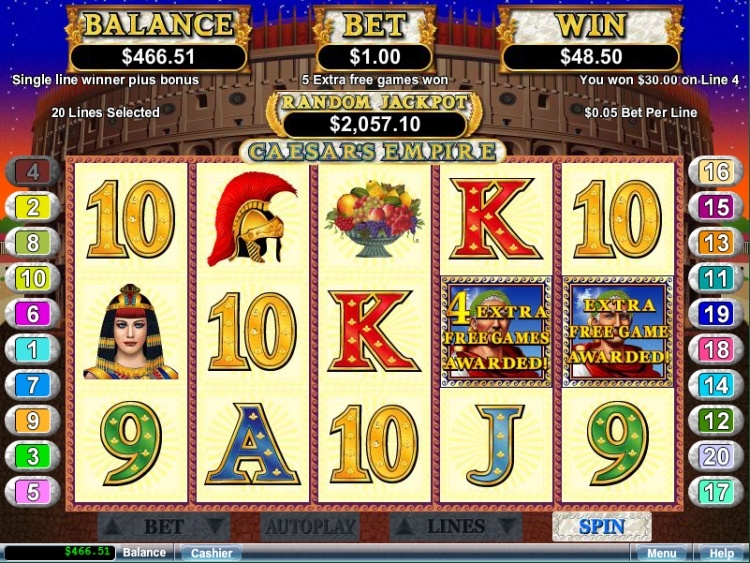 Our verdict on the Caesar’s Empire slot

Even though Caesar’s Empire is ageing a bit, this is still one of the best medium to high variance slots around. Real Time Gaming has released some real classics for the USA online casino market, and Caesar’s Empire is up there with the best of them.

The bonus feature can be dynamite if you catch the slot in a good mood and pay out massive amounts, with retriggers that never seem to end.

You can play the Caesar’s Empire slot for free or for real money at Fair Go Casino, one of our favourite online casinos.

Fair Go Casino also offers new players a very generous welcome package which includes a 100% bonus up to €$200 on the first five deposits.